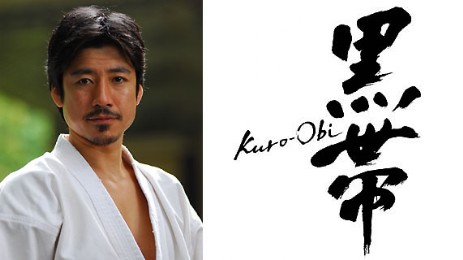 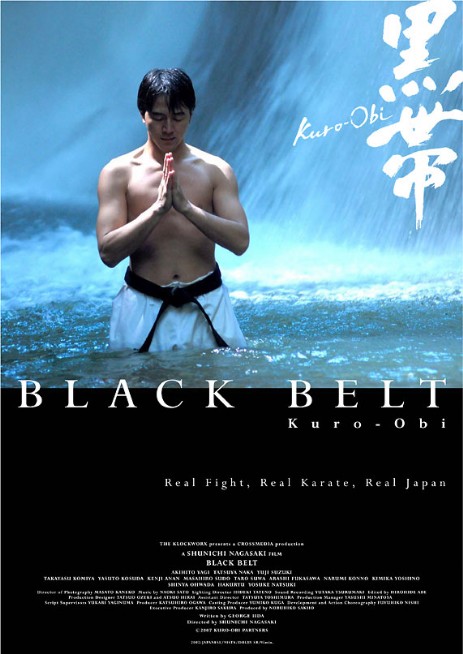 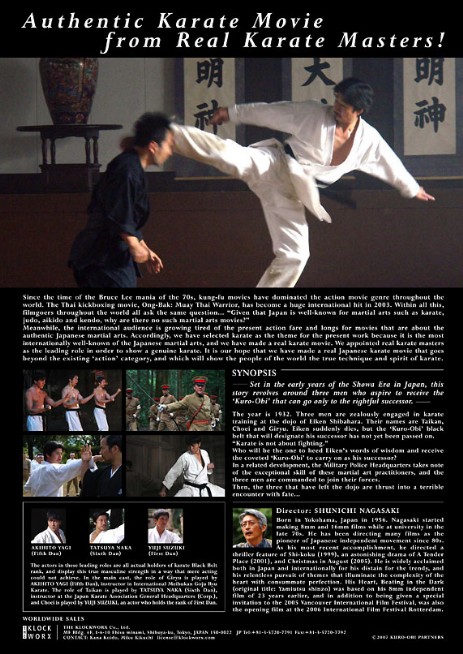 Since the time of the Bruce Lee mania of the 70s, kung-fu movies have dominated the action movie genre throughout the world. The Thai kickboxing movie, Ong-Bak: Muay Thai Warrior, has become a huge international hit in 2003. Within all this, filmgoers throughout the world all ask the same question... “Given that Japan is well-known for martial arts such as karate, judo, aikido and kendo, why are there no such martial arts movies? ”

Meanwhile, the international audience is growing tired of the present action fare and longs for movies that are about the authentic Japanese martial arts. Accordingly, we have selected karate as the theme for the present work because it is the most internationally well-known of the Japanese martial arts, and we have made a real karate movie. We appointed real karate masters as the leading role in order to show a genuine karate. It is our hope that we have made a real Japanese karate movie that goes beyond the existing ‘action’ category, and which will show the people of the world the true technique and spirit of karate.

---Set in the early years of the Showa Era in Japan, this story revolves around three men who aspire to receive the ‘kuro-obi’ that can go only to the rightful successor. ---

The year is 1932. Three men are zealously engaged in karate training at the dojo of Eiken Shibahara. Their names are Taikan, Choei and Giryu. Eiken suddenly dies, but the ‘kuro-obi’ black belt that will designate his successor has not yet been passed on.
“Karate is not about fighting.” Who will be the one to heed Eiken’s words of wisdom and receive the coveted ‘kuro-obi’ to carry on as his successor? In a related development, the Military Police Headquarters takes note of the exceptional skill of these martial art practitioners, and the three men are commanded to join their forces.
Then, the three that have left the dojo are thrust into a terrible encounter with fate...

Director: SHUNICHI NAGASAKI
Born in Yokohama, Japan in 1956. Nagasaki started making 8mm and 16mm films while at university in the late 70s. He has been directing many films as the pioneer of Japanese independent movement since 80s. As his most recent accomplishment, he directed a thriller feature of Shi-koku (1999), an astonishing drama of A Tender Place (2001), and Christmas in August (2005). He is widely acclaimed both in Japan and internationally for his distain for the trendy, and his relentless pursuit of themes that illuminate the complexity of the heart with consummate perfection. His Heart, Beating in the Dark (original title: Yamiutsu shinzo) was based on his 8mm independent film of 23 years earlier, and in addition to being given a special invitation to the 2005 Vancouver International Film Festival, was also the opening film at the 2006 International Film Festival Rotterdam.

AKIHITO YAGI (Fifth Dan) TATSUYA NAKA (JKA Instructor, Sixth Dan) YUJI SUZUKI (First Dan)
The actors in these leading roles are all actual holders of karate Black Belt rank, and display this true masculine strength in a way that mere acting could not achieve. In the main cast, the role of Giryu is played by AKIHITO YAGI (Fifth Dan), instructor in International Meibukan Goju Ryu Karate. The role of Taikan is played by TATSUYA NAKA (Sixth Dan), instructor at the Japan Karate Association General Headquarters (Corp.), and Choei is played by YUJI SUZUKI, an actor who holds the rank of First Dan. 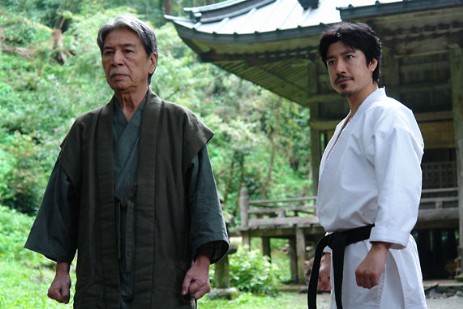 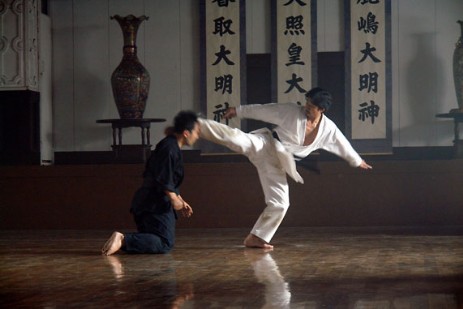 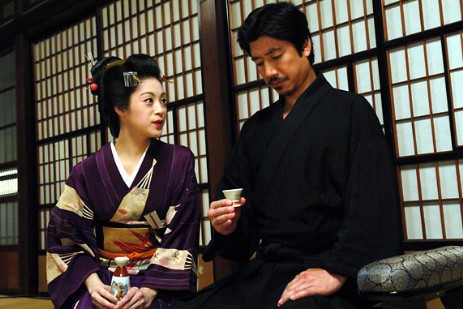 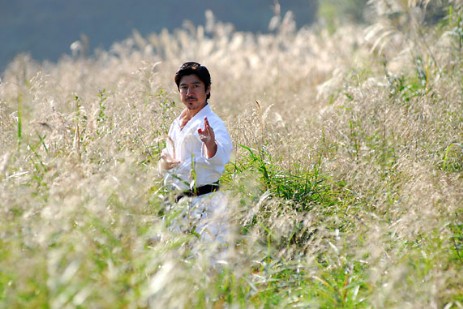 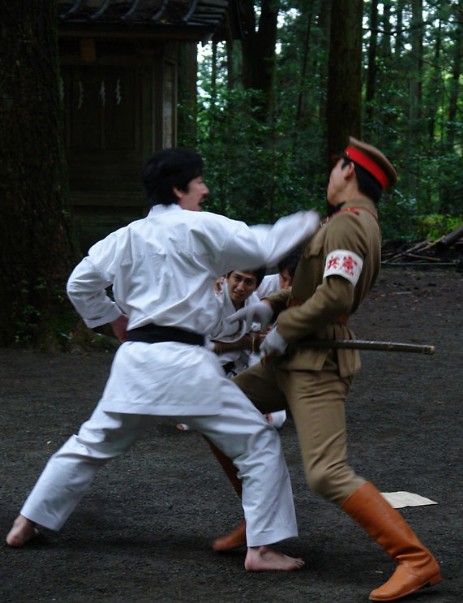 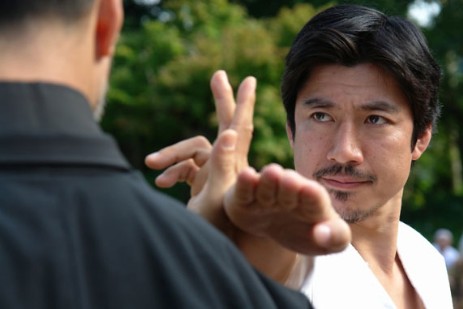 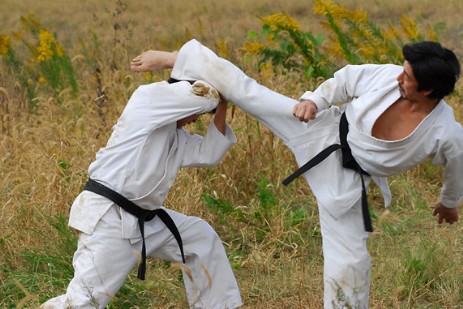 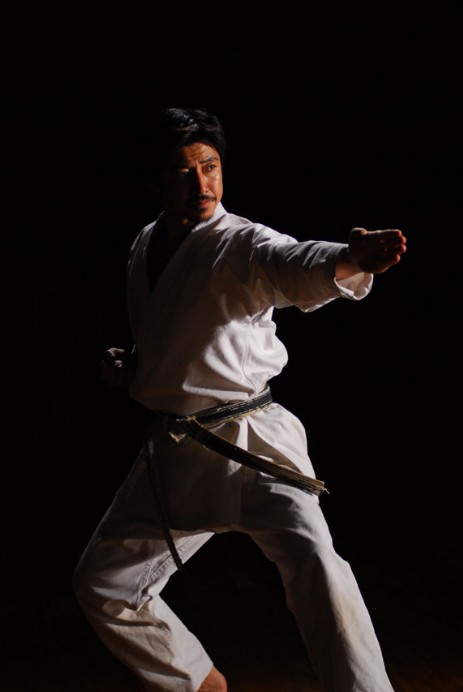